12 Great Fiction Books For Your Teen 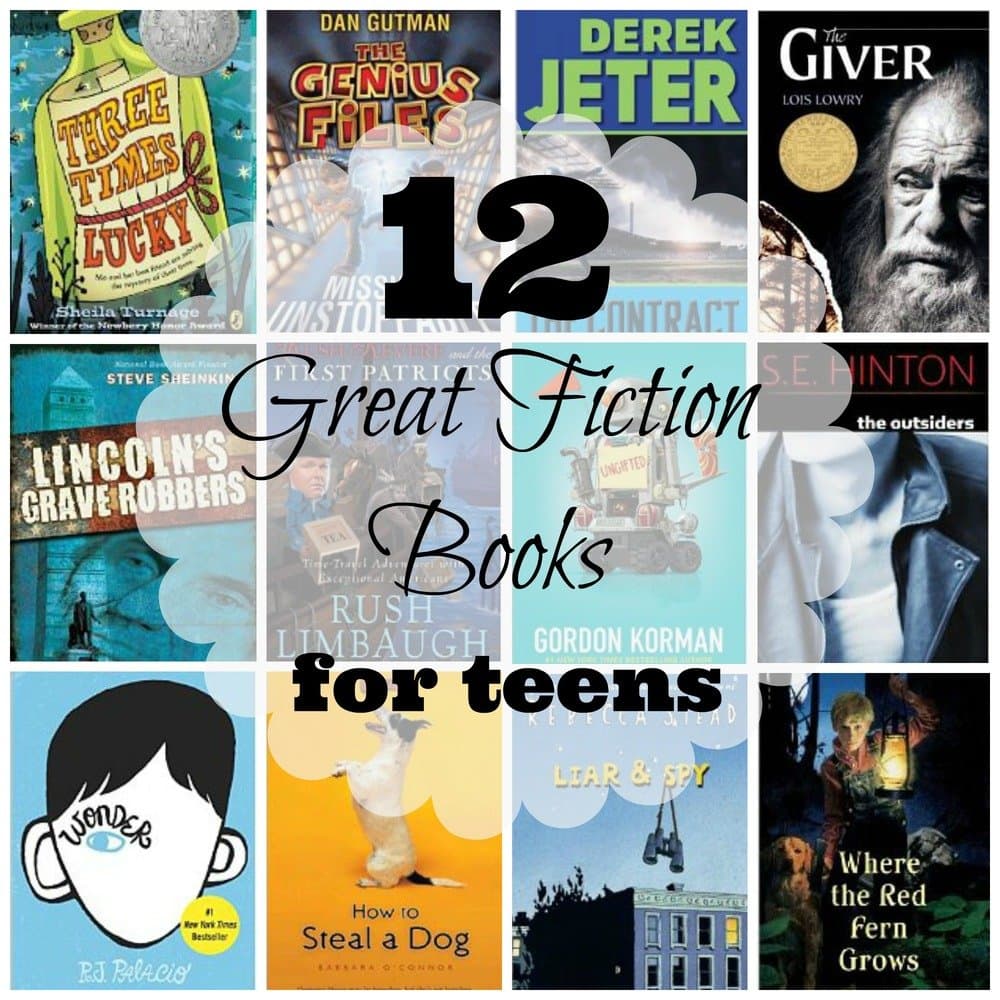 Chose from 12 great fiction books for your teen. Check out these books from your local library and find them at your favorite book store.

Summer has finally arrived and school is out. But that doesn’t mean the learning stops. This is the perfect time to pick up a good book and let it take you away to some imaginary place in time. I love a great read and so do my teens. But they didn’t always used to enjoy reading and getting them to finish a good book was a challenge.

Not anymore. They helped compile this great list of 12 great fiction books for your teen boy or girl.

Kids learn by example so parents –  if you are looking for great historical fiction reads for your self, check out my 10 Ten List of Great Historical Fiction. Having a great advocate is key.

It was fifth grade with Mrs. Unger that reading clicked for my boys. Having a teacher with a passion for reading made all the difference on their journey to middle school.

Knowing how to pick out the right book is not an easy task. At least it wasn’t for my boys. I wanted them to fall in love with reading, to develop a connection with the characters, to experience history in rich detail, and learn about cultures and different situations that they might not necessarily experience in real life.

For both of my boys it was the tugging of heart strings in “Where the Red Fern Grows,” that Mrs. Unger assigned to her class.  It was clearly the “power of language in revealing characters’ thoughts and feelings.” That’s when I knew reading clicked for my boys.

Our local middle school has done a wonderful job incorporating great reads into the curriculum.

Here’s their top 12 favorite fiction books. What do you your kids like to read? 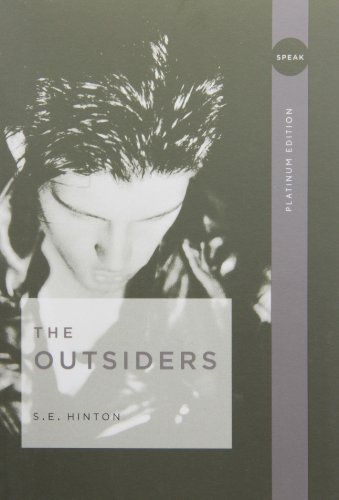 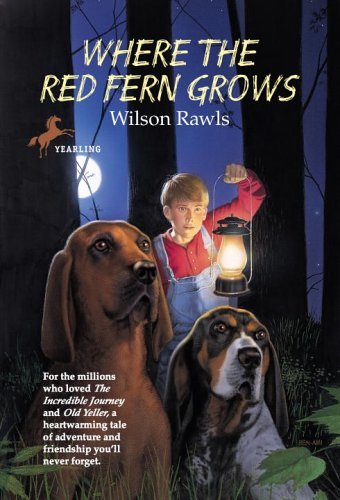 Where the Red Fern Grow

Synopsis from Amazon – Billy, Old Dan and Little Ann — a Boy and His Two Dogs…

An exciting tale of love and adventure you’ll never forget. 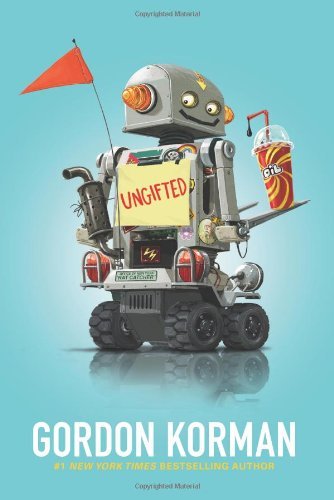 Although it wasn’t exactly what Donovan had intended, the ASD couldn’t be a more perfectly unexpected hideout for someone like him. But as the students and teachers of ASD grow to realize that Donovan may not be good at math or science (or just about anything), he shows that his gifts may be exactly what the ASD students never knew they needed. 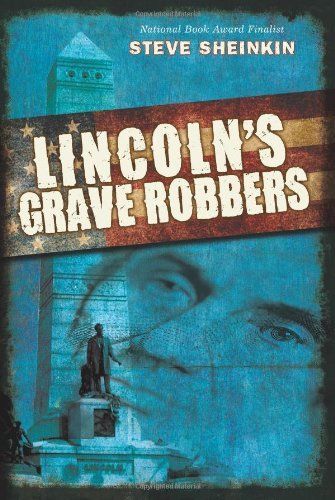 Synopsis from Amazon – The action begins in October of 1875, as Secret Service agents raid the Fulton, Illinois, workshop of master counterfeiter Ben Boyd. Soon after Boyd is hauled off to prison, members of his counterfeiting ring gather in the back room of a smoky Chicago saloon to discuss how to spring their ringleader. Their plan: grab Lincoln’s body from its Springfield tomb, stash it in the sand dunes near Lake Michigan, and demand, as a ransom, the release of Ben Boyd –and $200,000 in cash. From here, the action alternates between the conspirators, the Secret Service agents on their trail, and the undercover agent moving back and forth between the two groups. Along the way readers get glimpses into the inner workings of counterfeiting, grave robbing, detective work, and the early days of the Secret Service. The plot moves toward a wild climax as robbers and lawmen converge at Lincoln’s tomb on election night: November 7, 1876. 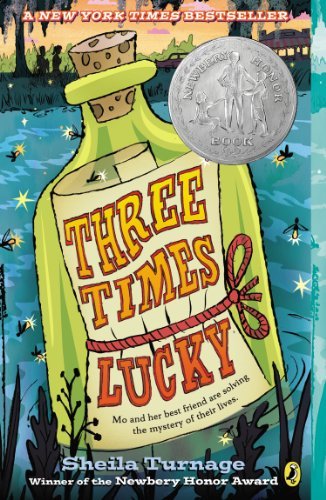 Synopsis from Amazon – Rising sixth grader Miss Moses LoBeau lives in the small town of Tupelo Landing, NC, where everyone’s business is fair game and no secret is sacred. She washed ashore in a hurricane eleven years ago, and she’s been making waves ever since. Although Mo hopes someday to find her “upstream mother,” she’s found a home with the Colonel–a café owner with a forgotten past of his own–and Miss Lana, the fabulous café hostess. She will protect those she loves with every bit of her strong will and tough attitude. So when a lawman comes to town asking about a murder, Mo and her best friend, Dale Earnhardt Johnson III, set out to uncover the truth in hopes of saving the only family Mo has ever known. 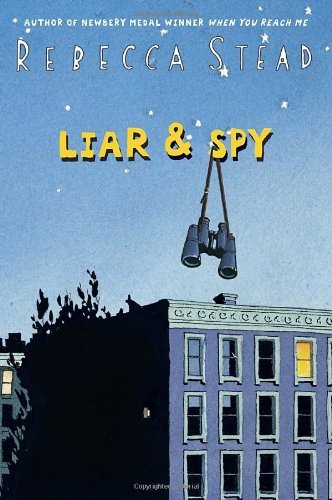 Synopsis from Amazon – Seventh grader Georges moves into a Brooklyn apartment building and meets Safer, a twelve-year-old self-appointed spy. Georges becomes Safer’s first spy recruit. His assignment? Tracking the mysterious Mr. X, who lives in the apartment upstairs. But as Safer becomes more demanding, Georges starts to wonder: what is a lie, and what is a game? How far is too far to go for your only friend? 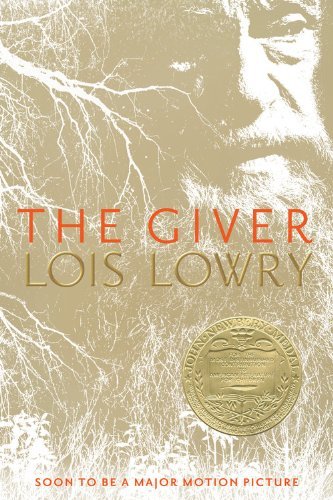 Synopsis from Amazon – The Giver, the 1994 Newbery Medal winner, has become one of the most influential novels of our time. The haunting story centers on twelve-year-old Jonas, who lives in a seemingly ideal, if colorless, world of conformity and contentment. Not until he is given his life assignment as the Receiver of Memory does he begin to understand the dark, complex secrets behind his fragile community. 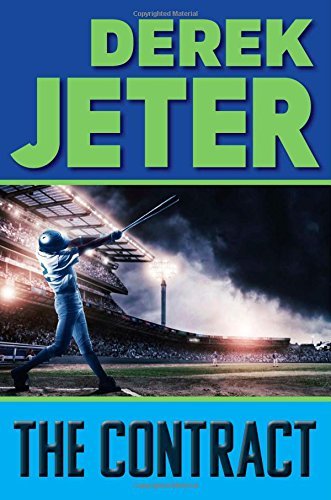 Synopsis from Amazon – The debut book in the Jeter Publishing imprint, The Contract is a middle grade baseball novel inspired by the youth of legendary sports icon and role model Derek Jeter.

As a young boy, Derek Jeter dreams of being the shortstop for the New York Yankees. He even imagines himself in the World Series. So when Derek is chosen for the Little League Tigers, he hopes to play shortstop. But on the day of the assignments, Derek Starts at second base. Still, he tries his best while he wishes and dreams of that shortstop spot. And to help him stay focused on school, his parents make him a contract: keep up the grades or no baseball. Derek makes sure he always plays his best game—on and off the baseball field! 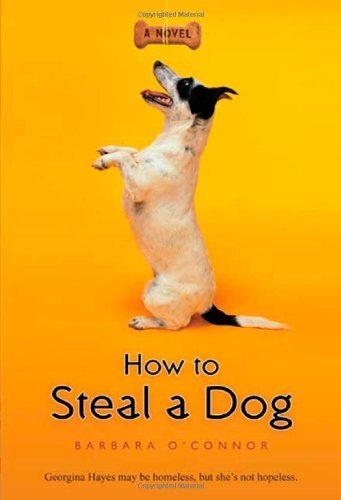 How to Steal a Dog

Synopsis from Amazon – Georgina Hayes is desperate. Ever since her father left and they were evicted from their apartment, her family has been living in their car. With her mama juggling two jobs and trying to make enough money to find a place to live, Georgina is stuck looking after her younger brother, Toby. And she has her heart set on improving their situation. When Georgina spots a missing-dog poster with a reward of five hundred dollars, the solution to all her problems suddenly seems within reach. All she has to do is “borrow” the right dog and its owners are sure to offer a reward. What happens next is the last thing she expected.

Synopsis from Amazon – August Pullman was born with a facial difference that, up until now, has prevented him from going to a mainstream school. Starting 5th grade at Beecher Prep, he wants nothing more than to be treated as an ordinary kid—but his new classmates can’t get past Auggie’s extraordinary face. WONDER, now a #1 New York Times bestseller and included on the Texas Bluebonnet Award master list, begins from Auggie’s point of view, but soon switches to include his classmates, his sister, her boyfriend, and others. These perspectives converge in a portrait of one community’s struggle with empathy, compassion, and acceptance. 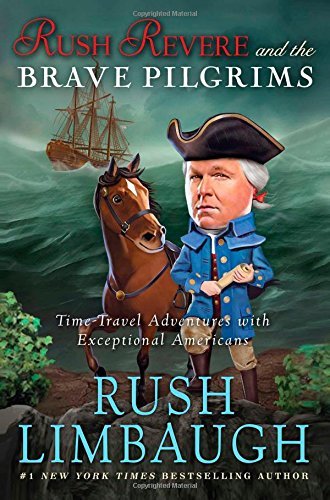 Synopsis from Amazon –  (Series) America’s #1 radio talk-show host and multi-million-copy #1 New York Times bestselling author presents a book for young readers with a history teacher who travels back in time to have adventures with exceptional Americans.

MEET RUSH LIMBAUGH’S REALLY GOOD PAL, RUSH REVERE!  Okay, okay, my name’s really Rusty—but my friends call me Rush. Rush Revere. Because I’ve always been the #1 fan of the coolest colonial dude ever, Paul Revere. Talk about a rock star—this guy wanted to protect young America so badly, he rode through those bumpy, cobblestone-y streets shouting “the British are coming!” On a horse. Top of his lungs. Wind blowing, rain streaming…

Well, you get the picture. But what if you could get the real picture—by actually going back in time and seeing with your own eyes how our great country came to be? Meeting the people who made it all happen—people like you and me? 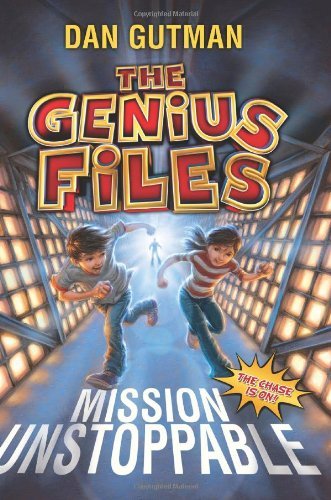 Synopsis from Amazon – (Series) The most exciting road trip in history begins! In this action-packed, New York Times bestselling adventure, twelve-year-old twins Coke and Pepsi McDonald embark on a family vacation you’ll have to read to believe.

With the real-kid humor that has earned Dan Gutman millions of fans around the world, and featuring weird-but-true American tourist destinations, The Genius Files is a one-of-a-kind mix of geography and fun. As Coke and Pepsi dodge nefarious villains from the Pez museum in California all the way to the Infinity Room in Wisconsin, black-and-white photographs and maps put young readers right into the action. And don’t miss the next leg of the journey in The Genius Files: Never Say Genius!

5 thoughts on “12 Great Fiction Books For Your Teen” 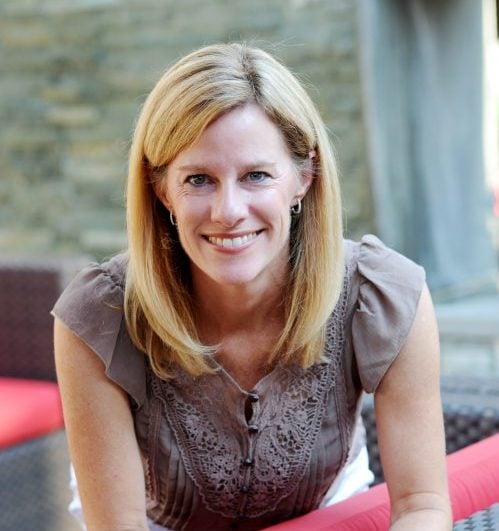 For everyday living, I like to prepare dishes that take little time, where the ingredients are easy to find at the local grocer and above all, taste good.

Recipes To Your Inbox

Get simple, nutritious recipes sent straight to your inbox and exclusive access to the "Fresh From The Farmstand" eCookbook!